I have a love-hate relationship with Mondays at 4:05 am.  As I emerge from the fog of a short night’s sleep to speculate on “that sound” blaring from my bedside, it suddenly dawns on me — it is time to rise and shine, get the coffee brewed and get to the gym for 5:00 am CrossFit.  CrossFit occupies an important place in my daily regimen.  A combination of weightlifting and cardio, CrossFit focuses on functional movements designed to strengthen my ability to live real life and do the things that human bodies are routinely called upon to do.  As I get older, this becomes more and more critical.

The time invested in CrossFit is time well spent, but it also convicts me in regard to a more important aspect of functional training — becoming ChristFit.   The early French Reformer, Jacque LeFevere d’Estaples, coined a term to describe this fundamental aspect of Christian life – Christiformity.  Christiformity is conformity to, or transformation into, the likeness of Christ from the inside out.  More than the mere imitation of Christ in our outward habits and actions, Christiformity speaks of a transformation of the heart, mind, soul and strength.  Paul expressed this concern for his Galatian friends this way, ”my little children, for whom I am again in the anguish of childbirth until Christ is formed in you!”

In another place, Paul wrote,

“…train yourself for godliness; for while bodily training is of some value, godliness is of value in every way, as it holds promise for the present life and also for the life to come.” (1 Timothy 4:7-8)

Join with other men this Fall as we meet on Fridays from 7:00 – 8:00 am at Mug’s Cafe, 515 Main St, North Little Rock for fellowship and conversation as we review Donald Whitney’s classic, Spiritual Disciplines for the Christian Life.   For more information contact us at rivercityarp@gmail.com or follow us at https://facebook.com/RiverCityARP/. 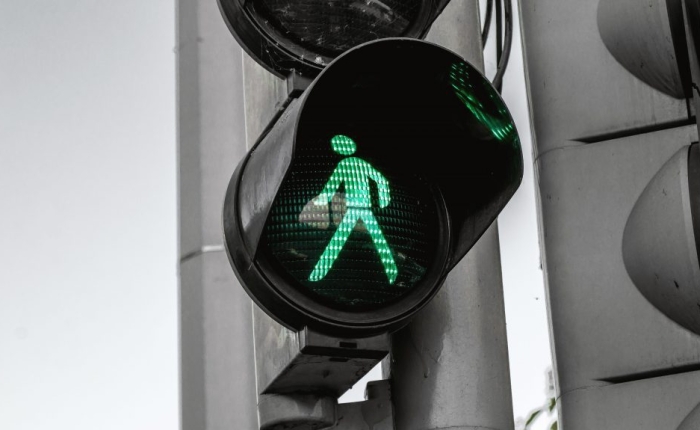 More was broken in The Fall than we even begin to imagine.   The first external effect of The Fall shows up in the brokenness of intimate fellowship and communication between a man and his wife.  Almost immediately concealment takes the place of clarity.  Any man who loves a wife or daughter recognizes that this effect of the fall is still in play.  Men struggle with subtlety in language.  We are often incapable of setting the words spoken by our beloved in the proper emotional context necessary to decipher what seems to us to be coded messages.

Perhaps you’ve seen the YouTube video that parodies this through a mythical product called the “Manslater.”   The Manslater is a device that translates what a woman says in “simple man words.” When a woman says, “I’ll be ready in 5 minutes,” the Manslater translates it into: “Me ready 30 minutes.” Using “emotion and female logic deciphering technology,” this device can also work on men. When a man says to a woman: “Wow,” the Manslater translates it to: “Your beauty is stunning!”  As much as this resonates with us, the reality is that only the gospel can reconcile the brokenness sin brings to our relationships and communication.

But it is no secret that men need straight talk.  Though we don’t often like it, we need bluntness — iron that sharpens iron and the wounds of a friend.  The Letter of James in the New Testament fits this bill.  James speaks forcefully and bluntly to the matters that men struggle with: anger, speaking when we should be listening, unguarded speech, failure to pay attention to God’s Word, favoritism, and faith that talks but does not walk, just to name a few.  In the short space of five chapters, James issues a radical call to a faith in Christ that is expressed, not merely professed.

Join us, Friday mornings in May from 7:00 – 8:00 am at Blue Sail Coffee, downtown in Technology Park, 417 Main St., Little Rock for fellowship, prayer and discussion, as we gather with other men to learn from The Letter of James and consider some straight talk about walking the walk.

Long before the dawn of the computer age and concern over the alleged influence of Russian hacking, the fate of nations and the tides of war lay in the power of cryptography.   During World War II, the best and the brightest were pressed into service as cryptographers seeking to create and break unbreakable codes.   The stories of these unsung men and women have been recounted in recent movies such as Windtalkers and The Imitation Game.

One of the most significant of these crypto-analysts was British mathematician, Alan Turing.  Turing led a team of researchers at Britain’s infamous Bletchley Park lab to build a machine capable of decoding messages encrypted by Hitler’s famed Enigma machines.  Turing’s machine, or Automated Computing Engine, was the earliest electro-mechanical computer, a machine which revolutionized the modern age.

Despite Turing’s brilliance and achievement in cracking the world’s foremost cryptographical enigma, however, he could not decode the ultimate enigma, the meaning of life.  His untimely death by cyanide poisoning in 1954 was ruled a suicide.  Turing was not the first notable man in history to grapple with the enigma of meaning and meaninglessness.   Solomon, in the Bible, had done it all.  He had unparalleled wisdom, wealth and experience, but he still wrestled with the same ultimate questions of meaning and meaningless that create existential angst for each of us today.

Solomon, directed by the Holy Spirit, recorded his reflections for us in the book of Ecclesiastes.  Join us, Friday mornings from 7:00 – 8:00 am at Blue Sail Coffee, downtown in Technology Park, 417 Main St., Little Rock for fellowship, prayer and discussion, as we gather with other men to learn from Ecclesiastes what makes the difference between meaningful and meaningless life so we can decipher our own enigma.

Men are often tempted to view their vocational occupation as separate and distinct from their calling as father, husband and follower of Christ.  But nothing is further from the truth.  Our occupational calling is intimately connected to every other sphere of influence God grants us.  Nowhere is this faux distinction more keenly felt than when a man spends all his energy and influence on the outside world then has nothing left for his wife, family and church.   Are we as faithful in our calling within the home and church as we are in our occupation?  Are we more concerned with what we build for strangers than with what we build for those closest to us.

The story is told of an elderly carpenter was due to retire. He told his employer of his plans to leave the business and start a life of leisure with his wife and extended family. He would miss the money, but the time was right and he was ready to hang up his hammer.

His boss was disappointed as the carpenter had been a loyal and diligent worker for many years, so he was sad to see him go. He asked for one last favor, requesting that the carpenter could build one last house before retiring. The tradesman agreed, but it was soon clear that his heart wasn’t in it. He took shortcuts, used inferior materials and put in a half-hearted effort. In the end the final product was well short of his usual standards, a disappointing way to end his career.

When the job was finished, the employer came to inspect the work.  After taking a look around, he handed the keys to the carpenter and said, “This is your house, it’s my gift to you.” The carpenter was shocked and embarrassed. If only he had known, he would have made sure that everything was perfect. If he had known the consequences, he would have demanded excellence from himself.

Nehemiah did not rebuild the walls of Jerusalem by himself, nor did he enlist the aid of general contractors.  He led families with diverse gifts and callings, each working in their own neighborhood, to rebuild the city of God together.  This is an apt picture of our calling as men to fulfill the Great Commission from the inside out, starting within our own homes.  What are the spiritual challenges this calling creates for you?  Join with other men as we gather this Thursday morning, August 10, from 6:30 – 7:30am at Panera Bread, 10701 Kanis Rd, Little Rock, for fellowship, prayer and discussion of godly manhood from the life of Nehemiah.

Temptation to indecision is a part of every man’s life.  But nowhere is male indecision more vividly on display than when a man takes his wife on a date.  The Scripture commands us to “dwell with our wives according to knowledge” (1 Peter 3:7).  Yet men often seem oblivious to their wives preferences and needs.  How many dates begin the circular rhythms of the “where-should-we-eat” dance?

Why are men prone to indecisiveness?  Why is it so hard to make a decision?  Certainly the Bible warns against undue haste, failing to count the cost, and even rash oaths, but at the same time men are commanded to be decisive, boldly walking by faith and not by sight.  Perhaps indecision is rooted is apathy toward the options, fear of making a wrong decision, or failure to assess what is most important.  Or perhaps indecision springs from a faith crisis.

Nehemiah was a man faced with many demands for decisive action.  What spiritual disciplines enabled him to resist the temptation to inaction and to be decisive?  Join with other men as we gather this Thursday morning, August 3, from 6:30 – 7:30am at Panera Bread, 10701 Kanis Rd, Little Rock, for fellowship, prayer and discussion of godly manhood from the life of Nehemiah.